CONCORDE : The Climbing Queen of the Skies | Kairos Institute

CONCORDE : The Climbing Queen of the Skies 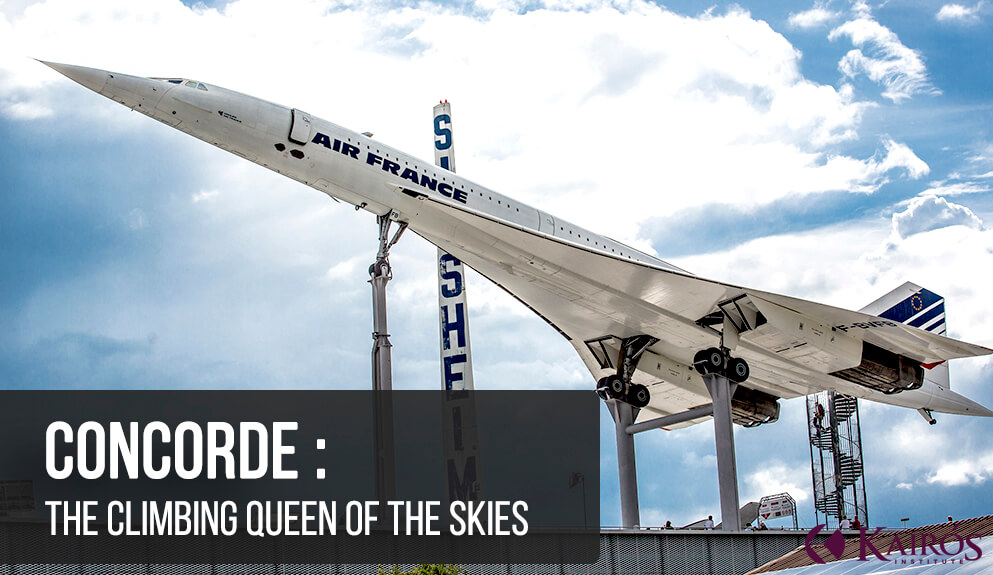 CONCORDE : The Climbing Queen of the Skies

The Climbing Queen of the Skies or aeronautically christened as the SST (Supersonic Transport).

On March 2 1969 Concorde made its maiden flight from Toulouse Airport where it was flown for 27 minutes by test pilot Andre Turcat.

The first ever commercial airliner, designed to carry a maximum of 128 passenger was jointly build by Great Britain and France. Concorde made its first flight on the 26th of September 1973 and entered regular scheduled service on 21st January 1976. The name Concorde in French means agreement, Harmony or unity.

A transatlantic flight usually takes 7 hours and Concorde covers this in 3 hours and 30 minutes, less than half the time taken by a normal get.

The Idea of a Supersonic Jet dates back to the early 1950’s when the then director of Royal Aircraft Establishment asked Sir Morien Bedford Morgan, sometimes known as the father of Concorde is a noted aeronautical engineer who started his research on supersonic jet in 1948. A group was formed and they first met in February 1954. A study group was formed on October 1st 1956 called Supersonic Transport Aircraft Committee. 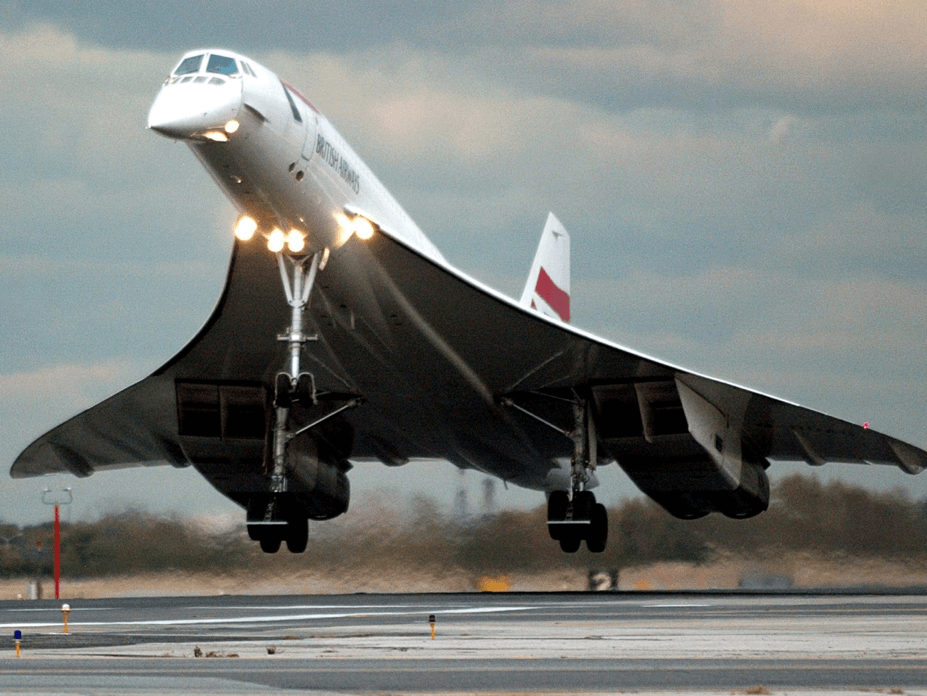 A normal one way ticket from London to New York will cost somewhere close to 30000 rupees whereas a ticket for Concorde would cost a blowing 7 Lakhs. Due to the high prising the Concorde was used by celebrities and high end people.

Concorde has set a world record for circumnavigating the earth, carrying 80 passengers as part of the 500th anniversary of the discovery of America by Christopher Columbus. The tour organized by a tour company named “Harmony Spirit Tours”. The Air France flight started off from JFK airport in New York, USA on August 15 1995 eastbound with stopovers in Toulouse – France, Dubai, Bangkok, Guam, Honolulu and Acapulco. The distance of 36787.6 Km was completed in 31 Hrs 27 Mins and 49 Sec cruising at 59000 feet and completing the journey on 16th August 1995.

Exemplary safety record was maintained by Concorde until July 2000 when an Air France Concorde flight 4590 en-route from Paris to New York crashed shortly after take–off, killing all 109 people on board and four people on the ground. After reaching take-off speed, the tyre of the number 2 wheel was cut by a metal strip (the same metal piece shown below) lying on the runway, which had fallen from the cowl door of the number 3 engine of a Continental Airlines DC-10 that had taken off from the same runway five minutes before the fatal incident.

The shredding of the tyre resulted in a large chunk of tyre debris (approximate weight 4.5 KGS) struck the underside of the wing at an approximate speed for 498 KPH rupturing the fuel tank and subsequently causing fire and engine failure. After the tragedy, BA and Air France Concorde fleets were taken out of service while all the planes were modified to prevent any repeat of the accident.

It is said that people could see the curvature of the earth whilst flying at 60000 feet. British Airways alone has flown 2.5 million passengers since the inaugural flight from London to Bahrain. The Air France crash and the September 11 attack saw a drastic drop in passengers. The high maintenance cost also added British Airways and Air France the ground Concorde aircrafts. The last commercial Concorde was on 24th October 2003 from New York to London.

Only 20 Concorde aircrafts where ever build, off which only 14 where commercial passenger aircrafts. British Airways and Air France where the only two airline to have operated these Supersonic passenger machines. Indeed 24th October 2003 remains a sad day in the aviation industry for turning this wonderful machine into a museum piece.

The love, respect and esteem for this aircraft that retired from service 13 years ago still exist in peoples mind. Off the 20 aircrafts manufactured 15 of these are displayed for public view in museums and airports in the US, UK and France. Enthusiasts still collect memorabilia and talk with a lot of craving and desire about this supersonic superstar – The World’s only supersonic passenger airliner.

I stand privileged among the few from this part of the world to have witnessed this piece of wonder spectacle flying machine take-off from Dubai International Airport on the 15th of August 1995 on Concorde’s run for the World Record. 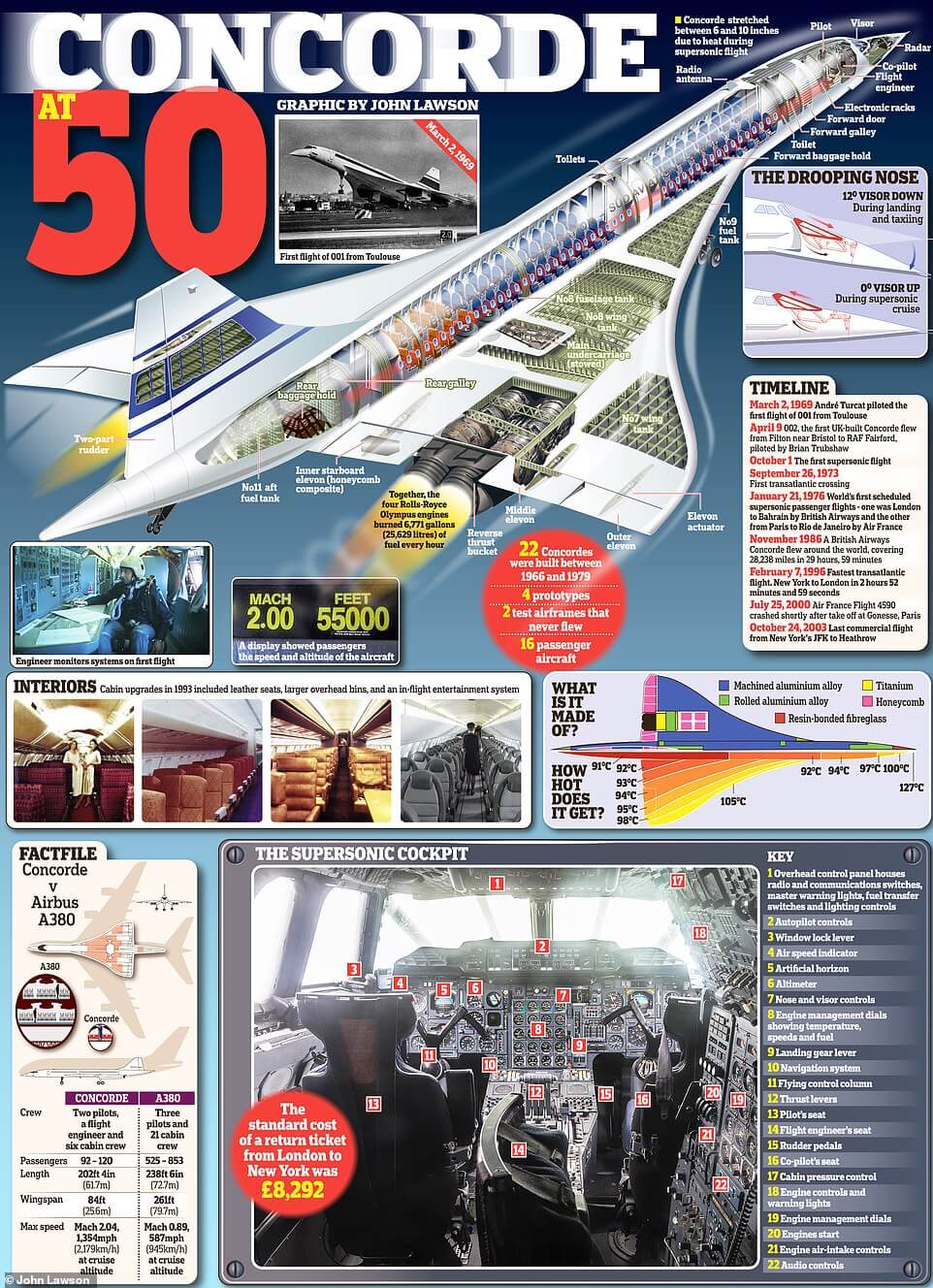 A graphic made to celebrate the anniversary of the flight