The Journey Of Banking In India… | Kairos Institute

The Journey Of Banking In India… 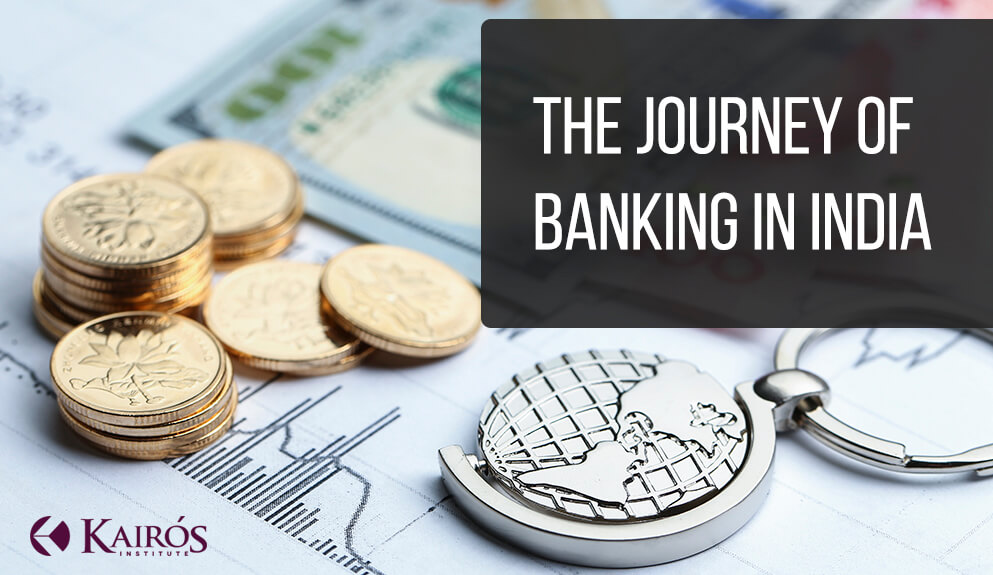 The Journey Of Banking In India…

A bank is a financial institution which is carrying out financial activities such as accepting deposits and granting credits for the public. A bank helps a person with excess money in hand, to secure it as a saving and letting them to earn an interest amount. In the same way bank lends money to the person on an interest rate. In short bank act as an intermediary between depositor and borrower. They are also providing services like foreign currency exchange, remittance, discounting bills of exchange, providing safe locker system, collection and payment of credit instruments, etc. Banks plays an important role in the economic system of a country. According to the functions performed banks can be different types like commercial bank, exchange banks, industrial banks, savings bank, co-operative banks, utility bank and central bank etc. In short a modern bank refers to an institution that accepts deposits, creates credit, aims at profit making and performs a number agency and general utility services to its customers. There are 22 private sector banks, 3 local area banks, 10 small finance banks, 7 payment banks, 20 public sector banks, 45 Regional Rural Banks and 44 foreign banks have presence in India. Out of this 19 are nationalised as per RBI website.

In the last decades of 18th century Banking in India has originated. The first bank in India was Bank of Hindustan established in 1770. In 1786 General Bank of India, the first bank started. State Bank of India is the oldest and still existing bank in India. It was the challenging period for Indian Banking sector from the period of world war to independence. Almost 94 banks were collapsed in between 1913-18. After independence large number of institutions come out with finance to different sectors. In order to regulate the banking activities RBI was set up in 1935 under Reserve Bank of India Act 1934. In 1969 nationalisation of Banks introduced and 14 private banks were nationalised. After the second phase of nationalisation happened in 1980 and through the nationalisation of 7 banks over 200 crore were deposited.

IT revolution made a great impact in Indian Banking Sector. As a result of RBI created certain committees to impart technological innovations, in 1984 formed committee on mechanisation in banking and in 1988 set up a committee on computerisation in Banks. The committee of technology issues payment system, cheque clearing, and security settlement in banking industry in 1994. Electronic Fund Transfer and electronic payment system were proposed in 1995. Rama Gandhi, the deputy governor of Central Bank of India make instructions to banks in developing applications for digital currencies and distributed ledgers.