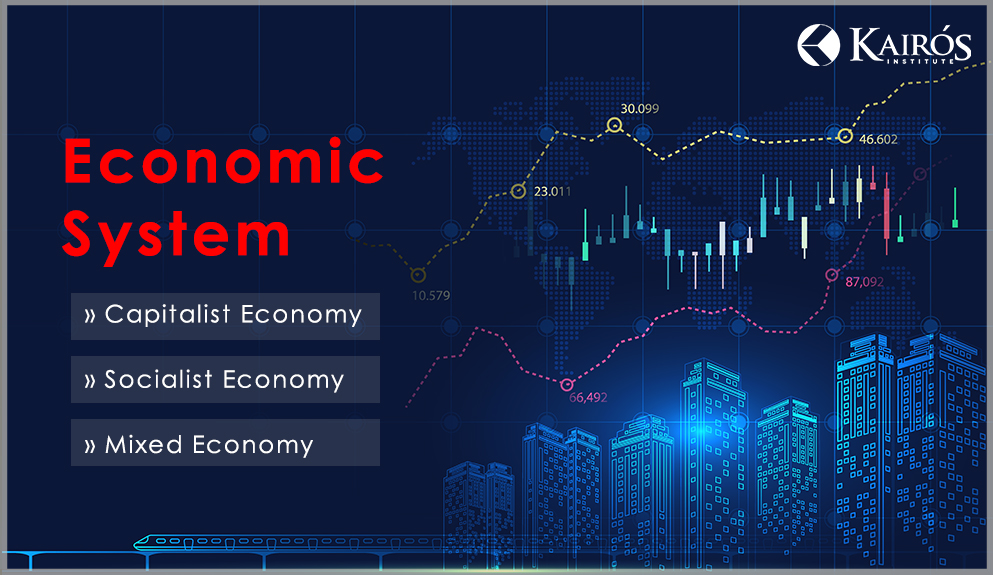 An economic system is the set of property rights, resources allocation arrangements, and incentives that a society uses to solve the economic problems. Since the human wants are unlimited and productive resources such as land and other natural resources, raw materials, capital requirements are scarce, there arises the problem of how to use scarce resources to achieve maximum satisfaction. This kind of problem is called economic problems. Such a problem is not only felt by individuals but also by the society as a whole. Each society uses an economic system to solve the economic problem.

There are two main types of economic systems are Capitalism and Socialism.

Capitalism is an economic system characterized by private ownership of the factors of production, market allocation of resources and the use of economic incentives. No real world economy can be regarded as a pure capitalist, but the economies like USA, UK, and Germany, the major traits of capitalism dominates. The main features of capitalist economy are:

Socialism is an economic system characterised by state ownership of the factors of production, the use of moral as well as economic incentives, resources allocation by economic plan and centralised decision making. The main features are:

Now most of the economies are mixed economies. It is neither pure socialism nor capitalism. The influence of both systems are reflected in mixed economy. A mixed economy is operated both by public and private enterprises. At the same time it recognises the importance of public sector to promote the interests of the society as a whole. It is a planned economy and exists dual pricing system. 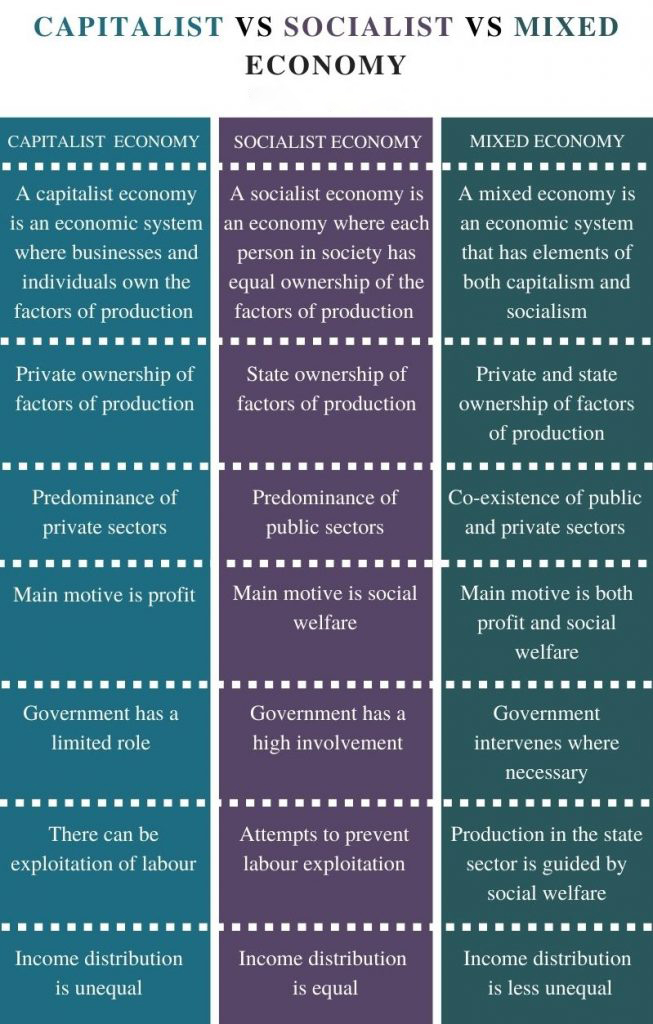